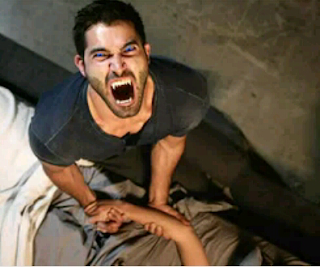 MTV has renewed Teen Wolf for a fourth season, the network announced at New
York Comic-Con on Saturday.
The 12-episode fourth season will be paired with a companion talk show, Wolf
Watch, which will air weekly after each episode. Hosted by Jill Wagner , who plays
Kate Argent on the series, Wolf Watch will welcome guest appearances by Teen
Wolf cast members, who will share behind-the-scenes secrets, and celebrity super-
fans.