"My dream is to establish a church"-Beverly Osu 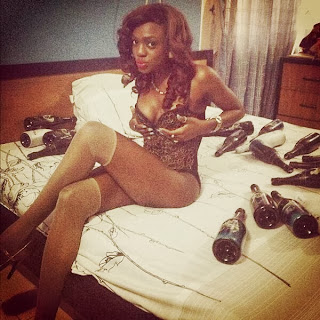 "I attended Daughters of Divine Love Convent, Enugu State. I thought I would be
a reverend sister but I abandoned the vision when I dropped out in my fifth year. I
finished my secondary education in a secular institution before moving to Babcock
University. I could not finish from Babcock because I had some personal issues.
Again, I dropped and enrolled at the National Open University..It affected me in a
very spiritual way. In as much as I know worldly things, I still fear God and have
faith in Him. The reason why I wanted to become a nun was because I was raised
in a Catholic home. I just felt it was the best thing for me to do at that time. I
used to see myself as a messenger of God. Even though I did not become a nun, I
still remain faithful to God. Part of my dreams is to establish a church and do a lot
of charity work"
Culled from Punch